You can now purchase Olympia Vouchers.

No events this week 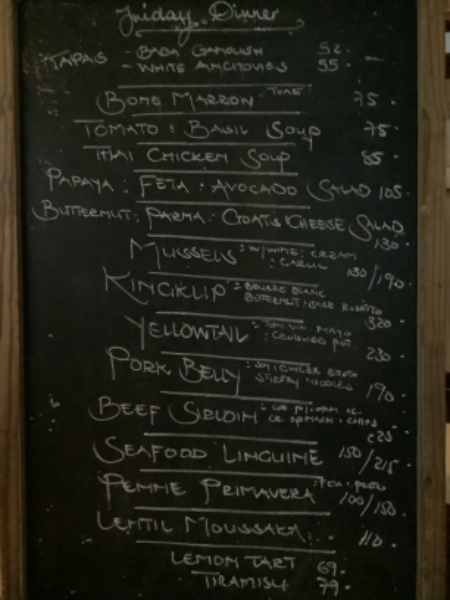 Welcome to the taste 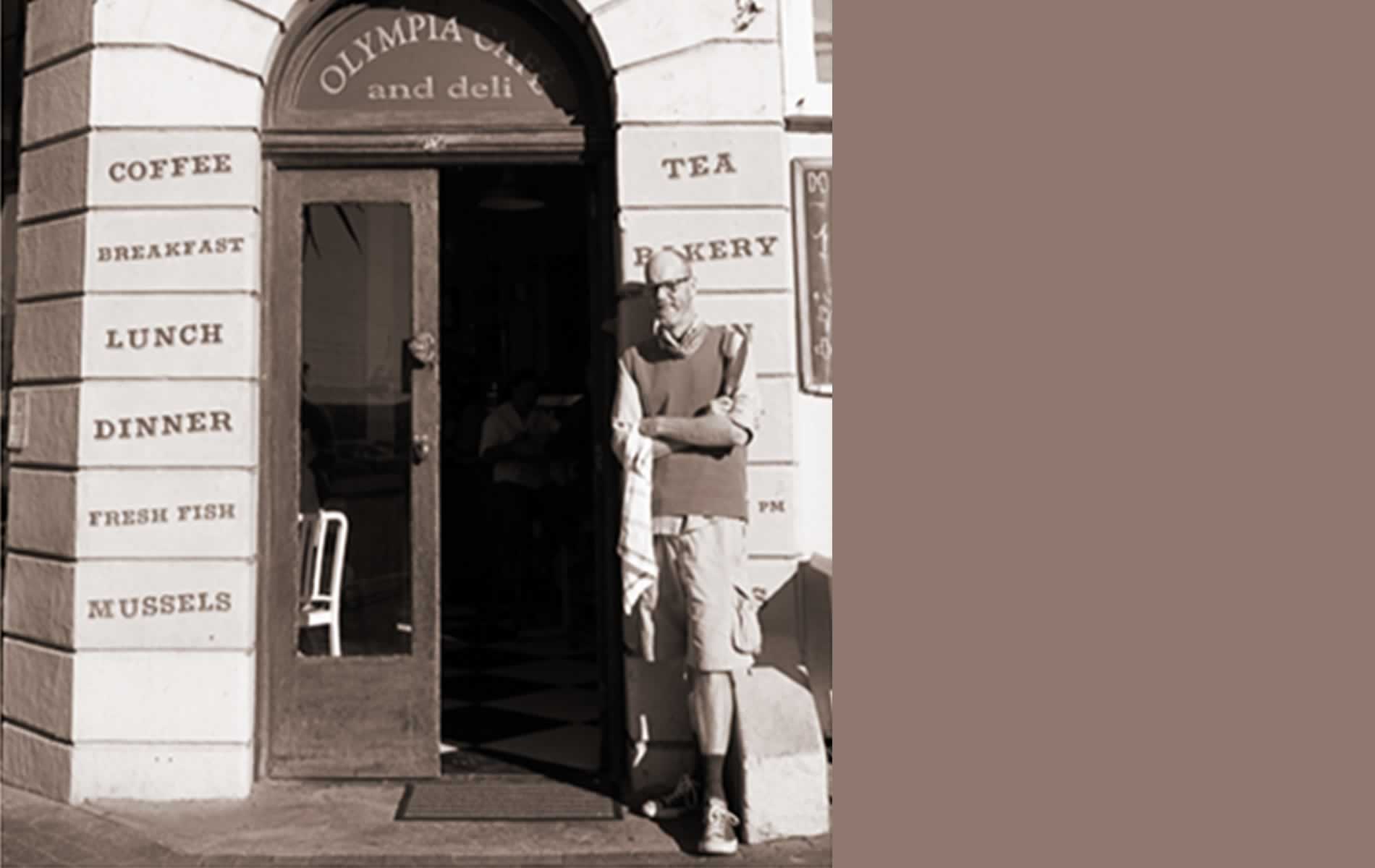 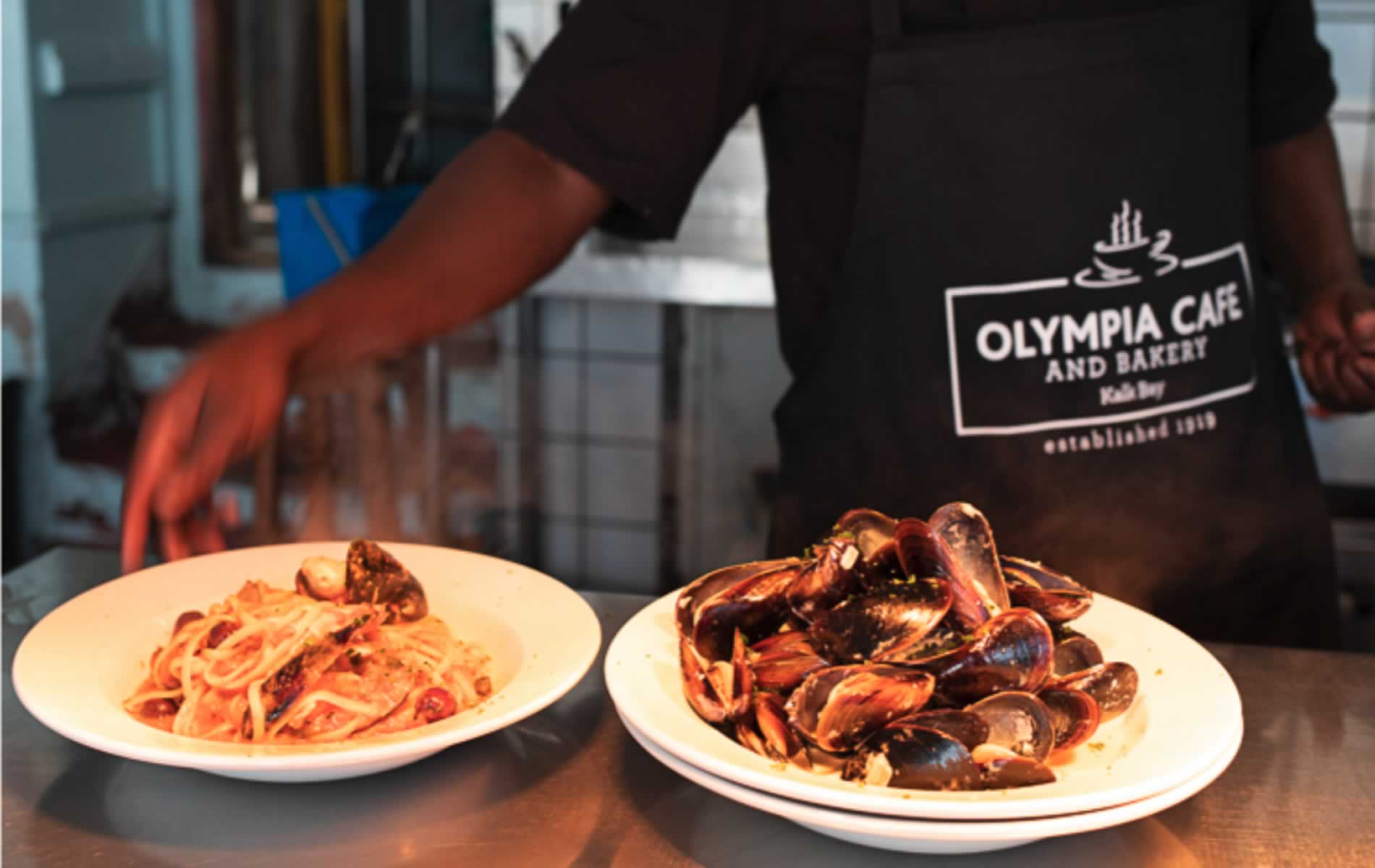 It was the coffee wot dunnit.
And the delish and decadent fare wot won it.

Back in the nineties, Kenneth McClarty wanted a flat white. But there was not a cappuccino to be found for love or money anywhere on the South Peninsula.

So, over some delicious Chardonnays, he and some of his foodie friends plotted and planned their own place. They wanted a local, somewhere with the simple, spontaneous, passionately-prepared fare that Kenneth relished cooking up himself for family and friends.

What did it matter that funds were few when there was so much love and talent to go round? In November 1997, a greasy old fish-and-bait shop named Olympia Café had the words “and Deli” added to its signage, and those iconic corner doors opened for business. A legend was born.

We’re proud of our roots in the fishing, somewhat bohemian, village called the Kalk Bay of old. And we’re even prouder that Olympia Café remains the institution at the very heart of today’s caring Kalk Bay community.

So don’t stand on ceremony. You can’t book a place at our tables. But you can stand in line like so many others before you. While you’re waiting, check out the chalkboard for today’s menu, feel the flash and flare of the pan, breathe in the aroma of the coffee (flat whites, Americanos and all the rest), and drool. (At the food, at the baristas… We don’t mind.)

Oh, and feel free to lick your fingers and the plate afterwards. That’s our style. 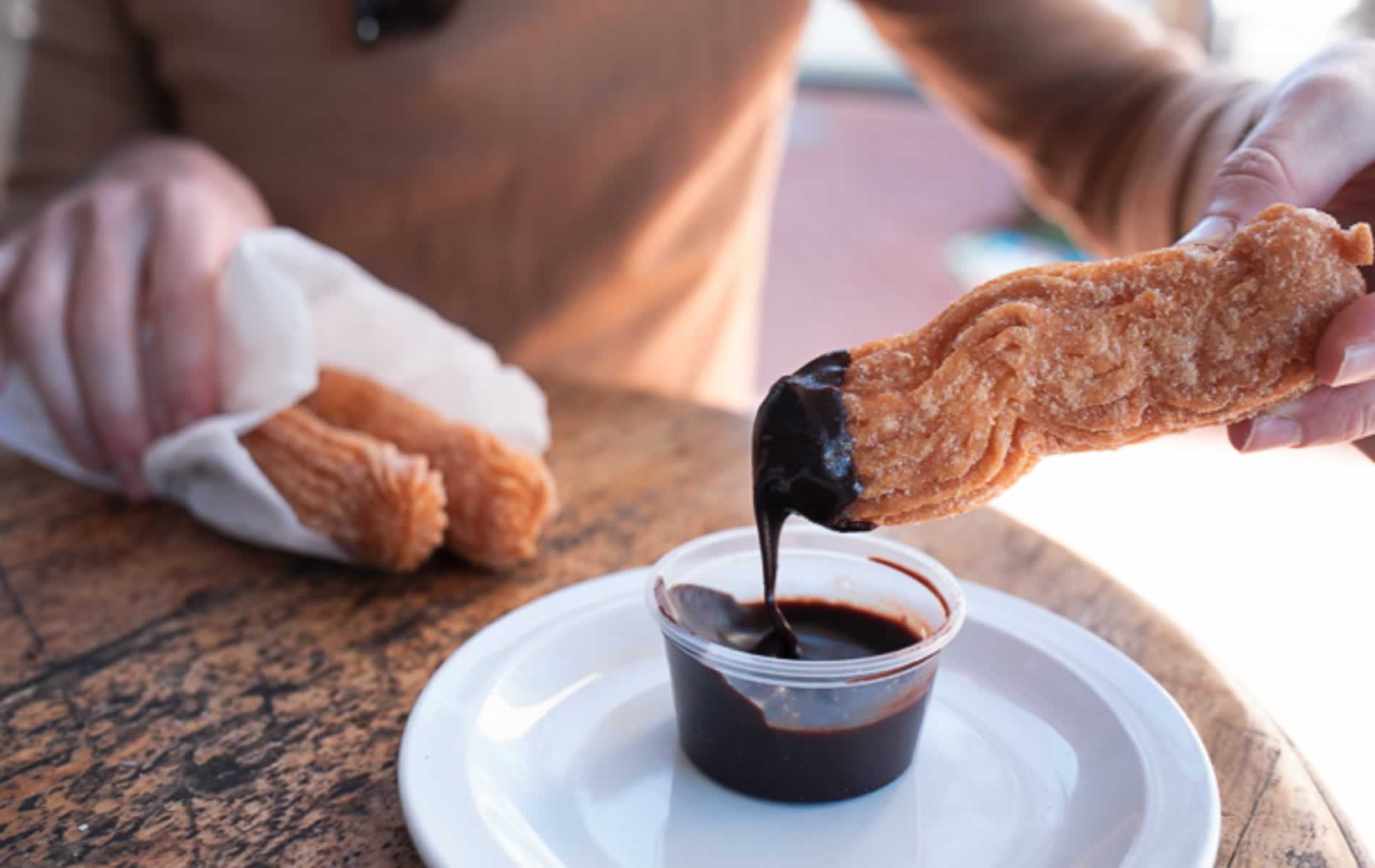 come and visit us 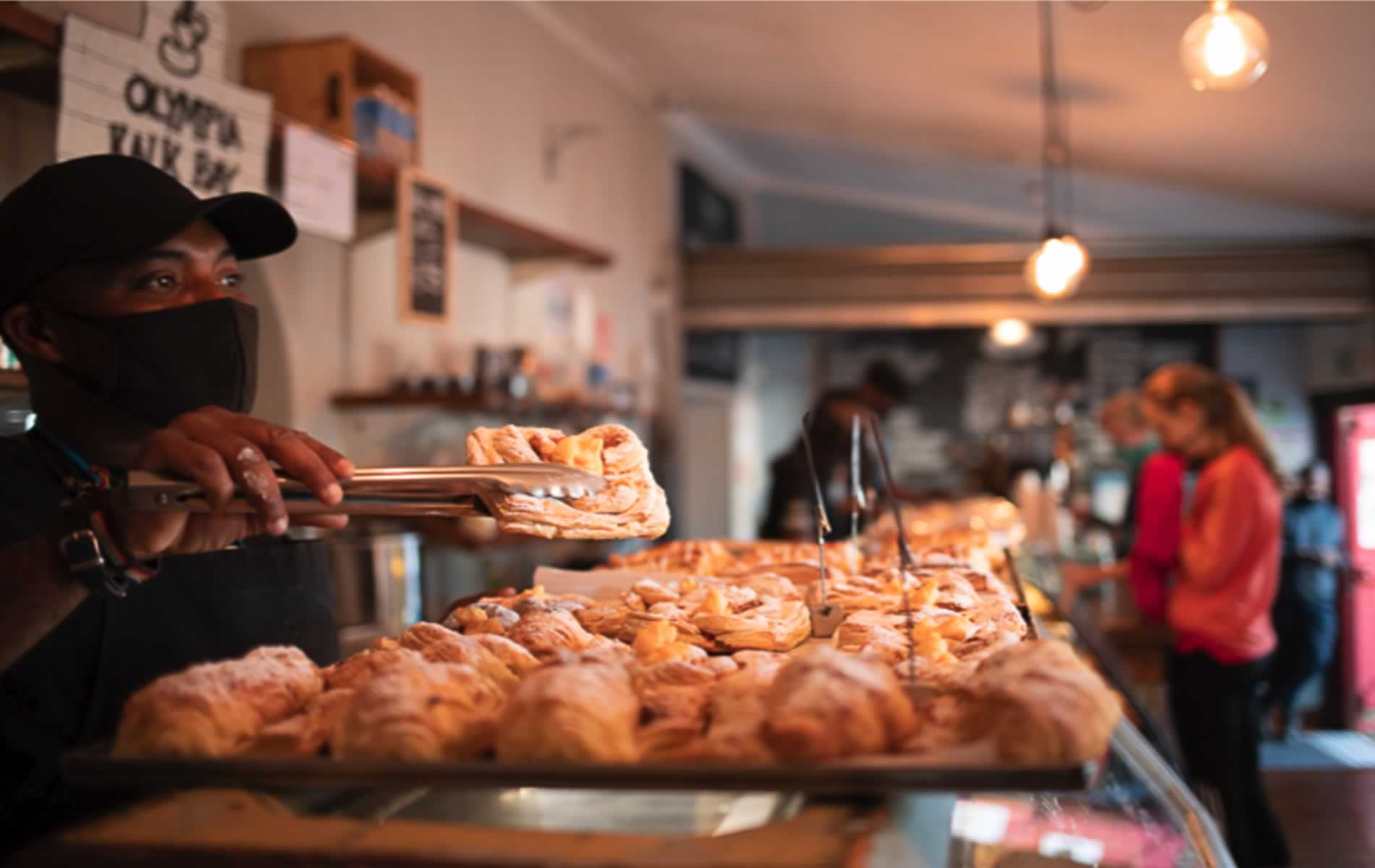 Ethos - At the Olympia Cafe we strive to do what is right, here are a few of our initiatives

We use free range chickens and ducks in all our recipes, including all our pies and sandwiches.

We only serve filtered water. This helps us limit our single-use plastic consumption. The water is free to anybody who wants to drink it.

We use biodegradable paper straws to play our part in keeping plastic out of the oceans.

We use biodegradable paper cups that are printed with soy based inks and lined with plant based coatings allowing them to degrade quickly. Even the lids are now compostable which is great news.

We have only ever used paper packets for our products and are working on compostable containers for our take away food. If you feel we have missed anything please contact us and let us see what we can do together. 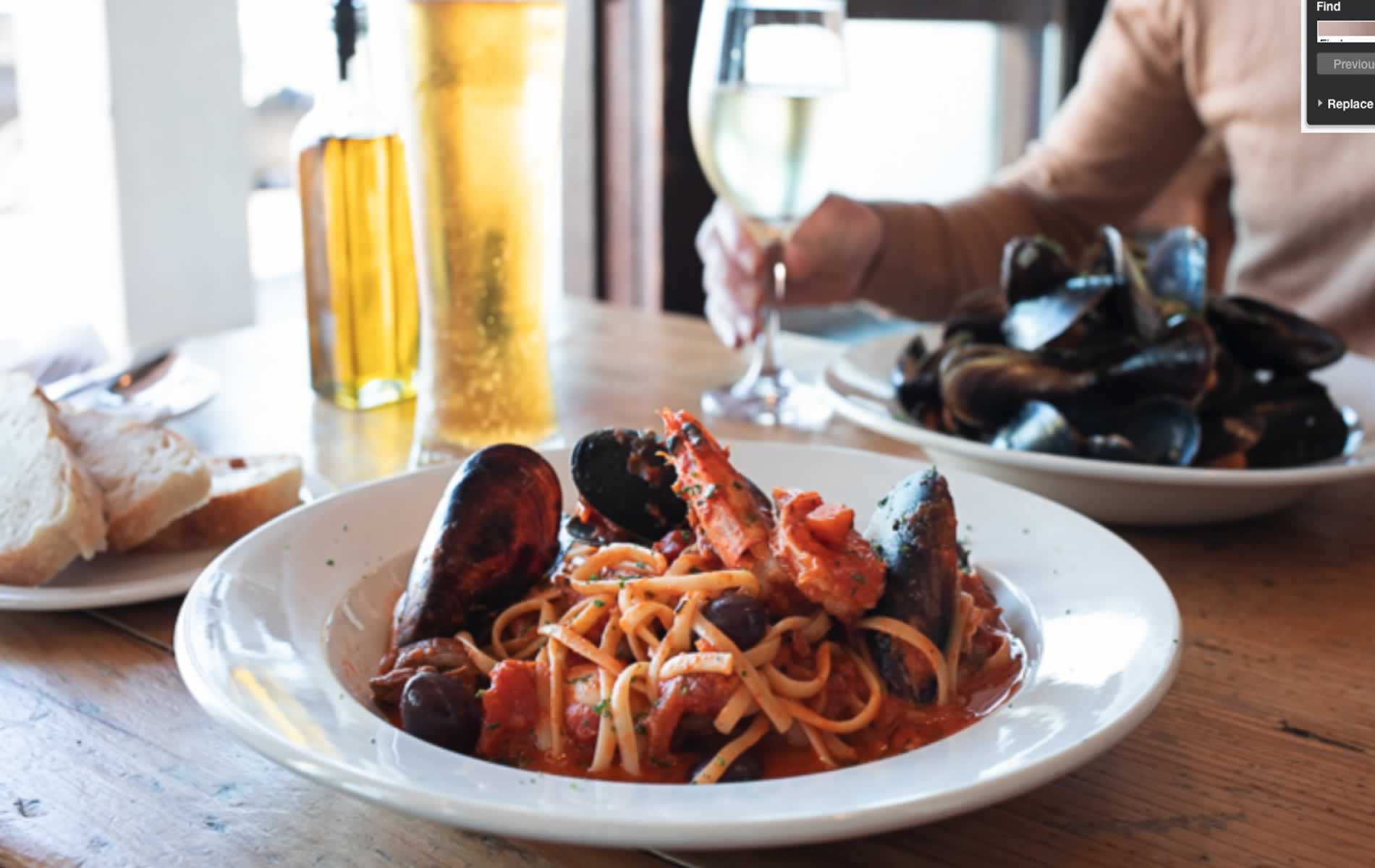